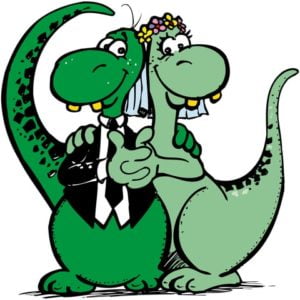 There is an old saying, “marry in haste, repent at leisure”. Fortunately, this risk will become less likely from March 2 2015, when the provisions of Part IV of the Immigration Act 2014 will come into force.

If one or both of the partners to the proposed marriage is not a British or EU Citizen, the period for giving Notice of Marriage will extend from 15 to 28 days, and people will have to wait longer to get married.

If the Home Office consider there are reasons to suspect a “sham marriage”, you may see your Notice period extended to a full 70 day. The Home Office may also want to interview you and “take further action as necessary”.

It is estimated by the Home Office that approximately 35,000 marriages per year may be referred for the “further investigation” procedure and that out of those perhaps 6,000 will be subject to actual investigation.

In such cases, your marriage could be delayed for a very long time, (and in some instances, prevented altogether), if you are not thought to have co-operated fully with the investigation.

Even if you are planning a religious wedding in the Anglican Church, you will still need to undertake the initial steps to give Notice of Marriage at a Designated Registry Office.

The new legislation provides a list of “risk factors” which could be indicators of a “sham marriage”, and would be taken into consideration by the Home Office.

These include the following:

Marriage is never straightforward, but in Spring 2015, it’s about to become a lot more complicated!

If you are planning on marrying in the UK, and perhaps need to apply for a Spouse Visa whether in the UK or from abroad, you will benefit from professional immigration advice and guidance. We will be happy to offer you as much help as you need, starting with a free 15 minute telephone consultation.