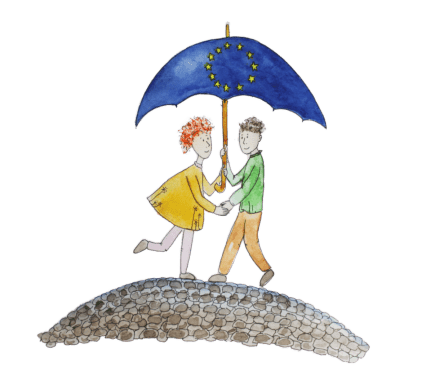 From 24 August partners of “people from Northern Ireland” may be exempt from the spouse visa fees! So if you are not married yet, or haven’t lived together for two years, hurry up. Between 24 August and 31 December Northern Irelanders can get married and bring their spouse over for FREE 🙂

Oh, freedoms are so seductive! And of course, a lawyer as I am, I wonder who “the People From Norther Ireland” are…

Appendix EU of the Immigration Rules will be updated this summer to introduce the new concept – the “relevant person from Northern Ireland”.

Partners of these “relevant persons” will enjoy the right of residence in the UK under the EU Settlement Scheme in the same way as partners of EU nationals. That is to say if they were married before 31 December 2020 or have lived together for two years before this date as unmarried partners.

This is good news – the applications under the EU Settlement Scheme are free. It means they won’t have to apply for a partner visa – a saving of about £3000 in Immigration Health Charges only and between £5000 and £8000 in the visa fees. Moreover, no financial requirements. No need to show an annual income of £18,600 from the approved sources or cash savings held continuously in a bank account for six months.

There is one wretched caveat – it is the birth certificates of the parents that will be decisive in proving who the relevant persons from Northern Ireland are. Ok just one parent will do. Still, some of us do not have our parents’ birth certificates. And what is particularly worrying is that we can guess who will stumble on this second limb of eligibility.

The rule draws a demarcation line between the “native” Irelanders and the spawn of deracinated immigrants. I don’t have the statistics, of course, but somehow one may suspect that a large portion of those who will struggle with the “parent’s birth certificate” may not be white. It is also worryingly suggestive of further divisions and inequalities that threaten to creep, if not burst, like in 1973, into the concept of citizenship – first class for three generations, second class for two, and so you go.

Anyway, I was curious what lay behind this outburst of generosity at the time of a pending no-deal.

A partial answer comes from the document “New Decade, New Approach” published in January 2020 and referred to in the Explanatory Memorandum to the Statement of Changes.

Under the heading The Belfast (Good Friday) Agreement, it reads:

“13. The Government has reviewed the consistency of its family migration arrangements, taking into account the letter and spirit of the Belfast Agreement and recognising that the policy should not create incentives for renunciation of British citizenship by those citizens who may wish to retain it.

It remains to be seen how this will pan out in practice – or in a policy guidance document. So far, from an immigration lawyer’s perspective, I would recommend the lucky devils from Northern Ireland to hold on with the spouse visa applications. If they can wait until the end of August they may get it at no cost.