Financial requirement for the partner visa to the UK

Financial requirement for the partner visa is satisfied if the sponsor, the British partner, has income of at least £18,600 per year or if the couple have savings of at least £62,500 (slightly more if there are non-British children to be sponsored in the same application). It is possible to meet the financial requirement through a combination of savings and income. The rules are quite prescriptive about the sources of income and the documentary evidence required in support of the application. The evidential requirement depends on the source of income and one of the most common reasons for refusal of an application is failure to meet the evidential requirement.

The financial requirement is met if the sponsor receives one of the disability related benefits listed below. However, you still need to demonstrate that the sponsored partner will not be a burden on the public funds but do not have to show minimum income.

What if the financial requirement is not met? 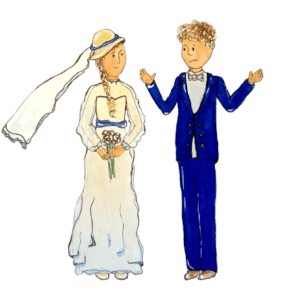 In exceptional circumstances where refusal of the application could be unjustifiably harsh to the applicant, their partner’s or child’s financial requirements can be met through alternative sources – such as third-party support, credible prospective earnings or other sources of income not available at the time of the application but which will be available once the visa is granted.

Exceptional circumstances is a significant part of the rule which is often ignored. The wording of the rule, and particularly “unjustifiably harsh” formula is often misleading to the applicant. In fact, almost any refusal is harsh and not many families would readily accept that in their case harshness was justified.

So what are the exceptional circumstances?

It is certainly more difficult to claim exceptional circumstances in entry clearance applications. If both partners are based outside the UK, they have to demonstrate that it is not just their preference to relocate to the UK but that they are unable to continue family life in the country where they live. Normally, you would be expected to show a significant change in circumstances – that is where the Home Office would start the assessment.

If you have a child who is a British citizen by birth, best interests of the child would be a primary factor to be taken into consideration. Yet, since the UK has left the European Union and is no longer bound by the jurisprudence of the European Court, there is no inherent right for a British child to be brought up in the UK (what is known as Zambrano rule after the judgment of the ECJ). Instead, you will have to show that denial of an opportunity to be brought up in the UK could or would cause the British child significant hardship. This raises the bar much higher than the best interests of the child.

What could be or would be unjustifiably harsh

The difference between could and would is difficult to pin down. One may say that where the risk of hardship is more than hypothetical and the economic considerations of the state would not justify the severity of the consequences for the applicant’s family, the conditions for this section of the rules are met. As an illustration, if a family with a British child is resident in a country where the education system is significantly below the UK standard and the family is unable to meet the financial requirement because the level of earnings in this country is much lower than in the UK, they may establish potential harshness in the effect of the lost opportunities for the child.  They would then need to show that economic considerations would not justify this harshness – they would meet the financial requirement through an alternative source, for example, through earnings in the UK if there is a job offer or support from another family member.

Where the refusal will inevitably result in unjustifiably harsh consequences for the family, the economic consideration of the state would not be thrown on the scale. However, this would be a fairly extreme scenario. As an example, if a family with a British child is resident abroad and the child urgently needs medical treatment which is not available in the country of residence AND the British parent is unable to take the child to the UK without the other parent.

In entry clearance applications, i.e. applications made from outside the UK, it is more common to rely on alternative sources of income – that is, on “could” scenarios. Where there is no alternative source of income, the application would inevitably end up in a tribunal and the question for the judge will be whether harshness of the refusal is justifiable in the given circumstances.

Exceptional circumstances in applications for leave to remain

Applications for a visa extension made from within the UK are easier, in a sense that the family would already have established family life in the UK and the refusal would cause disruption of this family life.

Normally, applications for an extension of stay where the couple are not able to meet the financial requirement because of an unexpected change in their financial situation – a redundancy, termination of employment, illness – or because of any setback of a temporary nature, should not justify their expulsion from the UK, with the inevitably harsh consequences that it would entail.

If there is a British child affected by the decision, I would say that expulsion of the family would be unjustifiably harsh in practically any scenario.

The above doesn’t really mean that once you are in the UK it makes no difference whether you meet the financial requirement or not. In particular, families without children who cannot meet the financial requirement through any alternative sources (reliable future earnings, help from friends and family etc.) would have to demonstrate that the demise in their financial situation is a temporary affair and would soon be over.

Grant of leave where the financial requirement is not met

Where the financial requirement is not met but the Home Office approves the application, the applicant is granted leave to enter or remain under the 10-year route. This means that they would not be able to apply for indefinite leave to remain after five years of residence but would have to live in the UK for 10 years first. This means making three applications for extension of stay which leads to a significant cost, compared to the five-year route.

You can switch from the 10-year route into the 5-year route at any time, as soon as you meet the financial requirement.  The time towards the five-year route will start from the date the application is approved. The Immigration Health Surcharge that was paid with the previous application is not transferrable and you would have to pay it again even if you are making a new application soon after the grant of your previous leave.

Refusal of a partner visa application or an application for extension of stay can be appealed to the immigration tribunal. If you are in the UK and your application was made in time, you continue to have the right to work until the appeal is decided. You have to appeal within 14 days. The appeal is filed online. You will need to indicate if you want an oral hearing or a paper hearing. We strongly recommend all appellants to choose an oral hearing as you will have a chance to speak to the judge and address any unexpected issues there and then.

Your employer will need to get confirmation of your right to work online. You will not be allowed to travel during this period as your appeal would be considered withdrawn if you travel.

If you were refused an entry clearance application as a partner of a British citizen, you also have the right to appeal to an immigration tribunal in the UK. If you have a representative, and it is strongly recommended to have a professional representative for an appeal (even if you have studied all online resources and feel comfortable with the UK immigration law), you may opt for an oral hearing so that your representative could address the judge and perhaps your sponsor could give evidence.

The appeal is filed online and you will receive an email notification of the status of your appeal and the timeframe of the next steps. Initially, the Home Office will be invited to review the decision and confirm whether they want to reconsider their position. It is, therefore, best to include any additional documents that may help the Home Office change their position, with the grounds of appeal.

Appeals take quite a long time, especially out-of-country appeals. You may expect a decision within 9 – 12 months.

We are proud to say that 99% of applications that go through Kadmos have been approved by the Home Office. We take appeals from other immigration consultants and clients who prepared their applications themselves, and so far all partner visa appeals we have handled (since we were established in 2007!) have been successful.

For a real-life scenario, you can read our success story, which illustrated how one of our clients was able to meet the financial requirement by relying on one of the exceptional circumstances.

If you need help with your application or if you have received a refusal letter, get in touch – we respond to emails on the same day and we answer the telephone between 9am and 6pm Monday to Friday.