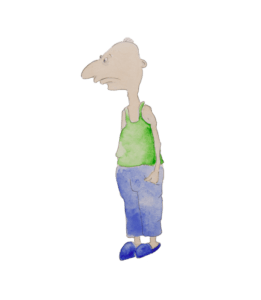 My clients often ask me whether in case of early morning visits by the immigration officers probing into the genuineness of their marital relationship it is advisable or not advisable to wear pyjamas. This intensely complex ethical, anthropological and legal question deserves a careful and impartial analysis without which I would be struggling to give a clear and unequivocal answer that one would expect from respectable immigration solicitors:  is wearing pyjamas worthwhile?

This question came to prominence following the government’s announcement that sham marriages are accountable for a major part of illegal migration. Strong action was promised to crack down on this criminal conduct.  It is my understanding that two-pronged strategy ensued.

Preventive strategy: Part 4 of the Immigration Act 2014 is dedicated to provisions for preventing sham marriages. These provisions are not in force yet, but commencement order is expected any time this autumn. The measures are mainly concerned with extending the powers of the Secretary of State to investigate the true intentions of the parties at the time when they give notice of intention to marry.  These extended powers (or shall we call them new parental responsibilities?) will require the Secretary of State to make up her mind within 70 days of the date of notice. Those who fail to prove integrity of their intentions at this stage will have the right of appeal.

The second, more clandestine line of action, puts under questioning existing marriages. In particular it targets those who are applying for an EEA residence card without holding an EEA family permit (none of these documents are mandatory, but, as can be seen, their absence may cause extreme inconvenience). This line of attack is more fun, as it involves surprise home visits in the early hours of the morning and requires the couple to prove not merely purity of intention, but also functionality of the outcome.

As far as I am aware, the second limb of the project is currently being piloted on those who derive their residence rights from EU law. But I really don’t see any impediment, apart from human resources, to extending the enquiry to all potential culprits applying for extension of spouse visa in the UK. So the question of dress code may be of interest to a wider audience then envisaged at the time of writing.

But what is a sham marriage, you might wonder.

Legal definition of this phenomenon derives from article 1 of the EC Council Resolution 97/C382/01 of 4 December 1997 on the measures to be adopted for combatting the marriages of convenience:

In our domestic law the definition of sham marriages is to be found in section 24(5) of the Immigration and Asylum Act 1999. In a somewhat more roundabout way it says that sham marriage is a marriage entered into for the purpose of obtaining an immigration advantage.

The internal guidance document (Chapter 5, European Casework Instructions) helpfully clarifies that “a marriage of convenience is a totally sham marriage entered into solely for immigration purposes”, meaning there is no genuine relationship between the couple. The guidance states at paragraph 3.5 that the burden of proof is on the Secretary of State to show that the marriage is one of convenience. It goes on to read

In deciding whether a case can be investigated as a possible marriage of convenience, caseworkers must proceed by a process of elimination using the criteria set out in section 3.7. The following cases should be discarded from consideration as marriages of convenience:

Yet, the guidance appears to have passed its sell by date. A new document was published in November 2013 “Sham Marriages and Civil Partnerships: background information and proposed referral and investigation scheme”.

This document, which draws on the results of “Operation Mellor” (a pilot project in North West London in cooperation with the Brent Register Office) makes it clear that although a presumption against a marriage of convenience exists where the couple has a child, they are still not exempt from the investigation scheme. The document offers two examples of where couples with children failed to prove innocence; or rather the Home Office felt it had discharged the burden of proof in that the marriage was not genuine.  In one of the described scenarios the couple were inconsistent as to their marriage celebrations, in the other the father of the child, although comfortable with the baby on superficial observation, when presented with a series of questions failed to demonstrate sufficient awareness of the baby’s affairs.

Six years ago, the House of Lords addressed the issue of sham marriages in a case of Baiai which challenged the Home Office policy of denying migrants the right to marry in the UK without permission from the Home Office in the form of “Certificate of Approval”.  Lady Hale then commented that “there are many happily married couples who do not live together and many more who do not have children together.”

Yet, the Home Office is increasingly using home visits/raid to assess relationships. In many cases where the couple are clearly living at the same address the enquiry is take a gear up: is this a genuine cohabitation or a nefarious plot to infiltrate the country with foreign element.

A colleague immigration lawyer shared his dismay when his client received a refusal letter following an early morning raid. The letter said that although both husband and wife were found at the premises, the husband was fully clothed at a time when a genuine couple is not expected to be so. My colleague added that his client was actually wearing pyjamas.

Similarly, a client of mine, who incidentally was also dressed in pyjamas during the early morning surprise party, received a refusal letter on the grounds that his mobile phone was found outside the matrimonial bedroom. This finding led to a conclusion that he had not been sleeping where he claimed to have slept.

The questions that come to mind are:

Returning to the question as to whether we should now discard pyjamas, I would suggest that we give these homely attributes of private life a bit more time.