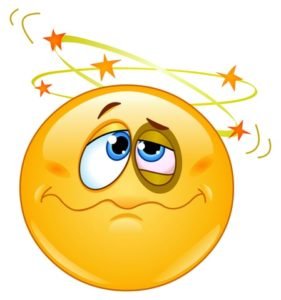 Brexit will affect us all, independently of background, migrants or not, Europeans or Africans.

But the consequences are not as immediately obvious as the outcome of Brexit vote. The vote has no legal power but it ushers in the atmosphere we are going to enjoy for some time. And however difficult it is to believe, from a legal perspective, everything stands just as it was a week ago, at least for now. The changes are subtle, in how people feel and think, in the way they are now planning their future, in the value of their assets, but not in the validity of any existing document, visas, status, legal title to ownership of property, or right to work.

Not that this status quo will never change. The government has announced that immigration status of EU nationals and their family members will depend on post-exit arrangements which have not yet been worked out. They will take a while to shape. Yet, those who are settled in the UK are not threatened with expulsion and those who have not yet acquired permanent right of residence, but are at present exercising their Treaty rights in the UK, are most likely to be allowed to continue where they are, possibly jumping through some additional bureaucratic hoops and loops as they go.

My strong recommendation for EU nationals who have worked in the UK for more than five years is now to apply for a document certifying permanent right of residence. It was not, and still is not, mandatory to have this document. However, it became of much value in November 2015 when it was announced that European citizens were no longer entitled to apply for British citizenship before having held this document for one year. Equally I would think that those EU nationals who are working in the UK but do not yet qualify for permanent right of residence would do well applying for a registration certificate.

Apart from the above, I do not anticipate major changes in the immigration rules for some time. In fact, I believe that the coming few months will see fewer changes than any comparable period in the last four years.

Why? First, because, to be honest, immigration law and practice have already parted their ways for some time. My consultations now take double the time as I first have to explain what the law says, and then what practice does.  And once laws become unenforceable, they stop being laws. They still exist as a kind of guidance, but not more than that. There is no pressing reason to change the laws which do not have much effect anyway.

Immigration rules have become virtually unenforceable when in the course of the last few years Britain disposed of the right of individuals to challenge immigration decisions in courts. The only situations where the right of appeal could not be easily taken away were those which affected Human Rights. That was one of the pillars of the European Union where Britain, as any other member state of the EU, did not have the sovereignty to go any further. Here the protective valve worked.

But even the valve has by now worn out. Courts, no doubt under pressure from the government-driven agenda, have first denied human rights to foreign students, then foreign workers without a settled status, then to family members of British citizens outside the immediate core of spouses and minor children.  In the past year or so we have reached the stage where an application for a family visit to the UK for Christmas or Ramadan could be refused for no reason other than that the visitor was coming from a country less prosperous than the UK. This is no longer considered abuse of power, or abuse of Human Rights.

The second reason why I believe that the immigration system will not be massively affected in the days to come is that I do not believe that Brexit ever was about immigration. What we are witnessing is a constitutional change, much more serious and profound than any change of the visa regime that may follow. “Taking control back”, the somewhat vague slogan of leave campaigners, in practice means lifting international control over issues such as environmental protection, pollution, exploitation of energy resources, and protection of Human Rights.  Who will take control, in what way and to what effect, we do not yet know, as no one as yet has offered a plan.

From the perspective of an immigration lawyer, proposals to review Britain’s obligations under the Convention on Human Rights are particularly worrying.  The 1950 Convention was a safety instrument developed in the wake of the Second World War to protect humanity from excesses of the state, to safeguard the rule of law and to protect fundamental freedoms.  It was incorporated into domestic law of the United Kingdom by the Human Rights Act which was passed by the Parliament in 1998 and became effective on 2 October 2000. The Act empowered domestic British courts to provide a remedy to individuals in cases of abuse of power by the state. The individual no longer had to go for justice to Strasbourg, although Strasbourg offered the last resort in case of controversy. Membership in the EU is not directly linked with enforcement of the Convention rights. However, respect to fundamental rights is part of the European Constitution binding on all Member State. With varying degree of effectiveness, the European Union has been the stronghold of democracy, freedom and respect to individual rights. Separation from the EU only enhances existing concerns about Britain’s relationship with the ECHR.