Disclaimer – This information is outdated. Please refer to the following up-to-date guide: Driving offences and Indefinite Leave to Remain (ILR) – the new rules from 1 December 2020 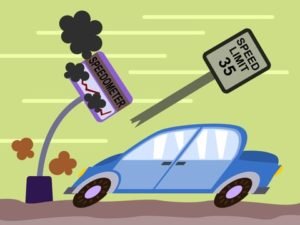 The new criminality guidance does not permit settlement for persons who, within 24 months prior to the date of the application, have been convicted of or admitted an offence for which they have received a non-custodial sentence, a warning, caution or reprimand which is recorded on their criminal record. When the police decide not to press charges, a caution or a warning may be given to the person who is arrested for a minor offence and admits the wrongdoing. Thus the matter is disposed of out of court and without a formal conviction. Failure to disclose the incident in an immigration application may amount to false representations or deception and may lead to refusal of further leave to remain. Those who intend to settle in the UK have to wait for 24 months after conviction or caution before applying for indefinite leave to remain.

Persons convicted of an offence for which they have received a custodial sentence of less than 12 months have to wait for 7 years since the end of the sentence before they can apply for indefinite leave to remain.

Where the custodial sentence is between 12 months and 4 years, the rehabilitation period is 15 years. Persons sentenced to more than four years’ custodial sentence have no right to settle in the UK. Those who have established private and family life in the UK and cannot be required to leave the country have to apply for extension of stay.

When it comes to applying for British nationality, the applicant has to meet the Good Character requirement, which extends to all persons over the age of ten (!).

From 1 October 2012, the concept of conviction becoming “spent” does not apply in the context of assessment of good character. Offences punished by custodial sentences are bound by the same mandatory refusal rules in the context of naturalisation, as in the context of applications for indefinite leave to remain. However, there is no automatic right to naturalisation after the mandatory refusal period has expired. The applicant has to prove that on the balance of probabilities good character requirement is met and the past offence has to be disregarded. UKBA nationality instructions state that caseworkers should not normally disregard any convictions associated with dishonesty, violence, unlawful sexual activity, or drugs, as well as offences which would constitute “recklessness” – such as drink-driving, excessive speeding, driving without insurance or whilst using a mobile phone.

Minor convictions may be disregarded where the applicant is of good character in all other respects.

Fixed penalty notices are not taken into account as there is no admission of guilt. However, proceedings for failure to pay a penalty are not disregarded. Also, numerous fixed penalty notices in the last 12 months may suggest a pattern of behaviour and call into question good character.

How do you prove good character in these circumstances? Well, there is no general rule applicable to all possible scenarios and that is where help from an experienced immigration lawyer will be invaluable!