To be or not to be British? Disadvantages of UK citizenship 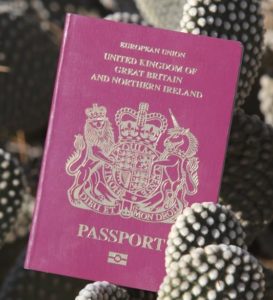 This post is out of date as of November 2017 following the decision of the judgment of the ECJ (Grand Chamber) in Toufik Lounes v Secretary of State for the Home Department C-165/16 of 14 November 2017.

Not long ago this question would simply not arise. Now it has become an integral part of legal advice in any consultation on naturalisation. Strange as it may seem, British citizenship may entail serious disadvantages for UK residents. These disadvantages mainly affect the right to unity of the family, and the right of residence in the UK of non-European family members, including spouse and dependent parents. For EEA nationals, especially those who have family ties with non-European nationals, the disadvantages may outweigh the benefits of being British.

British immigration rules are rigid and burdensome for applicants for UK spouse visa. They are notoriously severe when it comes to dependent parents and other family members. EEA nationals, protected by the more generous European rules, generally do not need to worry about residence rights of the non-European spouse and children under 18. Dependent parents and dependent children over 18 also enjoy the status of family members and the associated right of residence as soon as dependency is established.

There has been considerable bitterness about more favourable treatment afforded to other Europeans when British citizens are virtually forced out of Europe when their family commitments require them to look after their non-European dependants. Yet, British citizens have also been in a position to get advantages of EU law by exercising the right to work in another European country. And, unlike biblical Jacob, they would not have to serve the term of fourteen years.

This left “loopholes”. And opponents of immigration were unhappy about these streams of dependent relatives. In a rather unexpected spasm of strategic thinking, the European Regulations were amended in November 2012 to exclude naturalised EEA nationals from the benefits of EU law and treat them as other Brits. They would now have to go and work in Europe before they can benefit from EU law. And in case they would not find this requirement too burdensome, an additional requirement of taking their “centre of life” with them was added to the Regulations in December 2013.

What then are the advantages of becoming British (if you already have the nationality of another EU state)? Well, as things stand EU nationals still enjoy the same rights of access to employment as British citizens; and Permanent right of residence, acquired after five years of economic activity or other forms of “exercising treaty rights”, ensures equality in access to benefits, social support, and health care. But it is worth bearing in mind that permanent right of residence dissipates into thin air after two years of absence from the UK and then you have to start it all afresh, in a climate which is getting cooler by the day.

So, in summary, if you are an unmarried EU national, do not naturalise until you are married, or rather do not make any decision until you know who you are going to marry, and then see whether you want to be British. And if you are an EU national with non-European relatives who may become dependent on you and who you may want to have with you in Britain, then, at least for now, steer away from becoming British.