The Future of Immigration: what is missing in the Immigration Act 2014 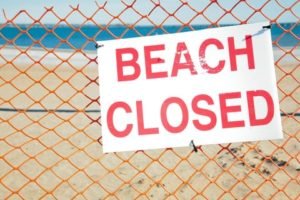 The Immigration Act 2014 is a sad story for immigration lawyers. Not only because it is essentially an Anti-Immigration Act, but also because it attacks the core values of our legal system which most of us would have thought to be impregnable.

I will start with what the Act has in store, before I share my thoughts on what’s missing.

This will be largely lifted once the relevant provisions of the Act are in force.

The current system allows appeals against a number of immigration decisions such as refusal of entry clearance, refusal of applications for extension of leave to remain, revocation of leave to enter, decision to remove a migrant from the UK, and so on. These rights will be scrapped. Instead, the new system will provide for the right of appeal against refusal of a human rights claim. This, together with refusal of a claim for asylum or humanitarian protection, will be the only decisions bearing the right of appeal.

How this will pan out is a mystery to most practitioners, particularly since no one knows in what shape or form this human rights claim has to be presented. I, for one, am of the view that the right to private life of any migrant is affected when his application is not treated in accordance with the law. In my seven years of practice I have dealt with hundreds of successful appeals where the decision under challenge was simply not in accordance with the immigration rules. So how will I protect my client against an incorrect, or unlawful, decision? Sadly not an uncommon affair with the Home Office.  Will I need to put a line in the covering letter or enclose a postcard saying “and by the by, dear decision maker, please do not forget to act in accordance with the law – it is my client’s right under the Human Rights Act (Article 8, in case you’re wondering)  – so please take this as a human rights claim”? Just the way I used to send parcels to good old Russia with a note inside “dear postal worker, herein are vitamins for the seriously ill, please kindly refrain from stealing!” Being assertive, you still have to be nice.

Apparently, Parliament has thought along the same lines. And there are provisions in the Act aimed at preventing any such DIY obstructions to freewheeling. “Little weight should be given to a private life established by a person at a time when the person’s immigration status is precarious”, says the new Act. “Precarious – dangerously lacking in security or stability, subject to chance or unknown conditions”, says the Free online dictionary. “From Latin precarious ‘obtained by entreaty’ (from prex, prec- ‘prayer’)+ -ous”, adds Oxford dictionary.  It all adds up really nicely if you apply logic: the lesser control over the decision making process, the more precarious the applicant’s position becomes, and hence the less weight should be given to the applicant’s private life.

The Act brings to life the Home Secretary’s pledge to “make it more difficult for illegal migrants to live in the United Kingdom by denying access to the tools of everyday life”.  This is implemented by the introduction of the new restrictions on access to accommodation, health care, bank accounts and driving licences.

When this part of the Act takes effect landlords will bear responsibility for the immigration status of their tenants, similarly as employers bear responsibility for employing migrants without right to work. Migrants without leave to remain in the UK will not be allowed to rent accommodation. A civil penalty of up to £3000 may be imposed on the landlord or estate agent for breach of the prohibition. The prohibition will extend to any disqualified adult occupying the premises whether or not the person is named on the written agreement. The landlords will be expected to make “reasonable enquiries” about the identity of the occupants. A term in the rent agreement prohibiting disqualified occupancy will not be sufficient to prevent liability of the landlord.

This part of the Act requires a Commencement order which has not yet been made. And there are serious practical obstacles to implementing this innovative system of neighbourhood watch.

First of all, immigration status is not always as transparent as one might assume. There are thousands and thousands of people awaiting decisions of their applications by the Home Office, who have the right to remain in the UK and no proof that they might produce if challenged. Just last week after endless requests, pleas, complaints and angry letters, I finally received an acknowledgement of an application for my client. It read “Your application for further leave was received on 26 August 2011 (sic!) and it has been allocated to the appropriate section for consideration… We currently have a number of such applications outstanding and because of this, it is taking longer than we would like for a final decision to be reached. We are, however, currently aiming to conclude your case within the next 12 months”. His right to live and work in the UK is not prejudiced by the delay, but for the three years between August 2011 and August 2014 we did not have even a piece of paper to confirm this!

Secondly, there may be a dispute as to the immigration status of the migrant: the Home Office may be of one view, the migrant’s lawyers of the other, and it may be a matter for the judiciary to make a decision.

Thirdly, will residential landlords and estate agents be trained to determine someone’s immigration status? Would all of them be familiar with the full list of EU member states? What about family members of EU nationals who have an automatic right to live and work in the UK provided their EU national family member is “exercising Treaty rights”? These family members are not required by law to have a document confirming their status. And for some of them it is next to impossible to get this document even if they want to, say if they are unable to surrender their passport for six months or so that it takes the Home Office to issue an EEA residence card.

All in all, minor practicalities will not impede the main thrust of the Act: landlords will be unwilling to rent property to foreigners unless they have incentives to take the risk. Whether the incentives will come from the natural human strive for justice, equality and humanity, or from greed and opportunities for taking advantage, that is something we may all ponder about.

This provision of the Act also requires a Commencement order which has not yet been put in place. It will introduce a healthcare levy payable by migrants who lawfully come to or stay in the UK to work, study or be with their family. They will be required to pay in advance for each year of stay to preserve access to the NHS and the validity of their visa. The Department of Health will make new regulations under the National Health Service Act 2006 in autumn this year introducing an extended range of NHS charges applying to migrants who are subject to immigration control. Payment of the levy will exempt those lawfully in the UK from payment of charges. In other words, the system of levies will act as a government run obligatory health insurance for non-EEA nationals.

What remains to be seen is whether provisions for urgent and necessary treatment will be in place and whether these will be subject to capacity to pay for those who are outside the system of levies? Will access to GPs and nurses be subject to a lawful residence test? Will communicable diseases be left untreated where the payment cannot be secured?

Those who are unlawfully in the UK are not permitted to hold a UK driving licence. Applicants for a licence have to be lawfully resident in the UK. There are new powers to revoke a driving licence if the holder is not a lawful resident.

Banks are now prohibited from opening current accounts to which someone who is unlawfully in the UK has access.

Not much really. If the purpose of the Act is to eradicate the unwanted strata of the society using the methods of segregation, denial, duty to inform, and liability for harbouring the unwanted, then we are on the right track.

A few tweaks inspired by history novels. Why not make those subject to immigration control wear some kind of a mark, perhaps a bright bandage on the sleeve or a coloured symbol? They will be readily visible, and it will be easier to carry out the necessary checks.

Then, access to sustenance. We deny them the right to rent accommodation, so why shall we sell them food? Drinks as well.  We control sale of alcohol for those under 21, why not for those who are not allowed to be here? Why let them into the pubs at all? And why do they use the underground?

A curfew may help to collect those who are driven into the streets and have nowhere to hide.

And then we are winners: with no accommodation, no access to justice, health service, bank accounts, driving licence, work; starved and with the mark “unwanted” on the shoulder, who would want to stay?