The recent changes in the Immigration Rules introduced some new work permitting routes in UK immigration.

The first change, effective from 11 April 2022, is introduction of the Global Business Mobility Scheme which combines five immigration routes available for workers seconded for temporary assignments to the UK.  These routes do not lead to settlement.

The five routes are:

The common features that apply to all the five routes within this category are:

The main news in these routes are the two routes offered for service suppliers. The completely new Secondment Worker route is clearly designed to cater for large businesses with a contract value of at least £50 mln and at least £10 mln per year. These contracts do not have to be covered by any specific trade agreements and there is no minimum pay requirement as long as national minimum wage legislation is complied with. There is still a skills level requirement which is met if the job is listed in Appendix Skilled Occupations or if the worker has a University degree or a technical qualification approved for the specific trade. Secondment workers can stay in the UK for one year with the option to extend the visa for a further year. Maximum permitted period of continuous stay is two years.

The UK Expansion Worker route differs significantly from the Sole Representative route, which remains open for extension of stay and indefinite leave to remain, but has now closed for new entrants.

As with other Global Business Mobility routes, UK Expansion Worker route requires a sponsor licence. This licence is initially granted for the overseas business wishing to expand its activities to the UK. The business should either register a branch in the UK or secure business premises before applying for a licence, but should not be trading in the UK yet as this would make them ineligible for applying.

Unlike the Sole Representative route which was available to only one representative of an overseas business, the UK Expansion Worker route allows to second up to five employees to the UK. They are given up to two years to establish an active and trading branch or subsidiary of the overseas business. Their visas cannot be extended beyond this two year period unless a settled worker is hired in a senior role which would make the business eligible to apply for a Skilled Worker licence and sponsor its overseas employees for a further period under this route.

Another major change in the Immigration Rules extends post-study work opportunities to graduates from the top-rated overseas universities. This new option is called a High Potential Individual route. It opened on 30 May 2022 and allows graduates within the last five years to come to the UK with their dependants for up to two years. HPI visa holders and their dependants have the right to work and set up their own business. However, they will have to switch to a more permanent immigration category before the end of the two year period or leave the UK. The Home Office has published the lists of qualifying Universities for the five years preceding 30 May 2022. The university has to be in the list for the year of graduation.

HPI visa cannot be combined with the Graduate route, but persons who previously held a Post-Study Work visa (a route closed in 2012) are not excluded from the HPI route.

Further changes will include a new Scale-Up category – a type of sponsored employment similar to the Skilled Worker route available for large and fast growing businesses where the employer will be exempt from the Immigration Skills charge and the employee will have the option of changing the employer and working without sponsorship after six months employment with the Scale-Up sponsor. This route will be introduced in August and more details will follow. 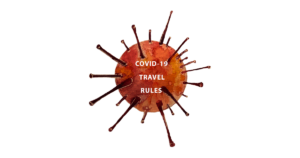