International students will be allowed to stay in the UK 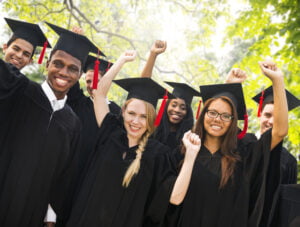 This is the best news in UK immigration for some time and we hope it is the starting point for the reversal on May’s era of hostility.

The government has announced the plan to allow international students to stay in the UK for two years after graduation to enable them to have work experience and potentially stay in sponsored employment thereafter.

Sajid Javid, former Home Secretary in May’s government, tweeted that the “silly policy” of hostility to foreign students should have been reversed years ago. Jo Johnson, former universities minister, called it “success at last”. Labour welcome the move. Students rejoice and immigration practitioners give a sigh of relief. It is indeed a win-win situation for international students, for the British universities and the British economy. We hope that this is the first step in re-opening Britain to talent from across the world.

The change will apply to international students who start courses at Batchelor’s level or above in 2020, the next academic year. It remains to be seen if those who started the course earlier will benefit from the proposed changes.

It is possible that some private universities or schools with a poor track record of immigration compliance will be excluded.

There will be no restriction on the type of jobs the students will be allowed to take and no cap on the numbers.

It is expected that highly skilled jobs will be supported either through sponsored employment or by an alternative scheme offering a route to settlement for highly skilled people.

As an example of international collaboration in pioneering research in the UK, the Prime Minister referred to a newly launched £200m genetics project aimed at prevention, diagnosis and treatment of serious and life-threatening illnesses including cancer, diabetes, arthritis, heart diseases and dementia. There are no details of the steps taken to facilitate international collaboration, but it is expected that the announcement related to international student will not be the only improvement in the current system.