The Home Office has announced amendments to the Immigration Rules aimed at giving effect to the Supreme Court judgment in the case MM Lebanon. The full statement of changes can be found here. These changes take effect on 10 August 2017. 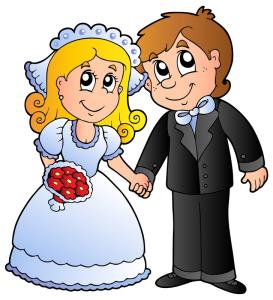 The amendment affects partner visa applications where minimum income requirement is not met but refusal may result in unjustifiably harsh consequences for the applicant, the applicant’s child or another family member.

The rules have been changed mainly to give some relief for families with children where the child may be adversely affected by the refusal of the application. The changes are not limited to child-based scenarios, but the burden is on the applicant to demonstrate that the consequences of the refusal would (or could) be unjustifiably harsh.

The amended rules do not waive financial requirements in these exceptional circumstances, but rather offer alternative sources of income which previously were not taken into account.

Successful applicants who rely on these alternative sources will be on a 10-year route to settlement. In other words, they will have to apply again when they meet the general financial requirements and the five year period leading to indefinite leave to remain will start counting from then. If they continue to rely on the additional sources of income (such as third party support) they will not qualify for indefinite leave to remain until they have lived in the UK for 10 years.

Amendments in relation to Exception EX.1

Since the rule was introduced in July 2012, families with a British child or a child who has lived in the UK for over seven years, have enjoyed additional protection under paragraph Exception EX.1 which forms part of Appendix FM.

One of the requirements of this paragraph is that the child has to be present in the UK. The exception does not apply to situations where a British child is abroad and the parent requires a visa to bring the British child to Britain.

Another problem with the Exception is the treacherous addendum that the exception only applies when it would be unreasonable to expect the child to leave the UK. Reasonableness can be assessed subjectively and the Home Office often takes a harsh position on this.

The amendments clarify that reasonableness is to be assessed in light of the best interests of the child.

The alternative scenario in which the Exception applies is where there are insurmountable obstacles to the enjoyment of family life outside the UK. This is a very harsh test, well beyond what clients usually think – I don’t speak the language, I won’t find a job in another country, my parents and the rest of the family live in the UK, and such like.

This part of the Exception is now partly relieved by the amendments. Where the requirements of the amended rules are met (where there are alternative sources of income, such as third party support, money borrowed on a mortgage, etc) there is no need to argue the existence of insurmountable obstacles. Yet, exceptional circumstances still have to be demonstrated and the financial requirements of the amended rules have to be met.

Who benefits from these changes?

Although the wording of the amendments permits a variety of possible scenarios, we anticipate that the main beneficiaries will be for families with children who do not fall under the scope of paragraph EX.1 – either because the child is outside the UK or because the child is not a British citizen or has not been in the UK for seven years.

Other possible beneficiaries may be families with business or professional interests in the UK, or otherwise strong established private life, but for reasons beyond their control unable to meet minimum income requirements from the specified sources (such as earnings, dividends rental income, or pension).

Prior to the introduction of these changes and prior to MM hearing in the Supreme Court, we represented a client who relied on her husband’s income in the UK which he received in the form of repayments of a director’s loan. He did not take a salary from his business and did not receive dividends, but he had loaned his business over £100,000 and was repaying this loan at the rate of £20,000 a year. His income was above the minimum financial requirement but came from a source not approved under the Immigration Rules.

We argued before an immigration judge that the economic interests of the society did not, in the given circumstances, outweigh the interests of the family and that the refusal was thus incompatible with the family’s right to respect for private and family life. We were successful in the appeal.

Following the recent amendment, we expect that it will be unnecessary to go to court on a point like this and that the Home Office would now approve the application at the first instance.

Limitation of the amendment

The Explanatory Memorandum to the Statement of Changes declares that the amended Appendix FM offers a “complete code” – in other words, that Human Rights based applications which do not meet the requirements of the amended rules will be rejected by the Home Office without assessment of proportionality of such refusals. For example, where severe hardship is caused by the refusal of entry clearance to a partner or parent of a British citizen, but there is no third party support or alternative source of income to meet financial requirements, the application would fall for refusal.

In our view, this statement will not be of much weight and the courts will continue to consider applications which fall outside the rules. In the current climate and in light of the government’s object to reduce net migration and limit the applicability of Human Rights legislation, only truly exceptional cases succeed outside the rules. But it would be wrong to say that the immigration rules constitute the “complete code”.

On a practical note, our advice to clients is to consult an immigration lawyer and decide if financial requirements can be met outside the concession of the amendments. Where financial or evidential requirements cannot be met, we will advise you on the prospects of success of an application in reliance on the concession. These applications will have to address “exceptional circumstances” which give rise to Human Rights arguments and will have to be very carefully drafted to address all additional evidential requirements of the amended rules. The benefit of the amendment is that some of the cases previously successful on appeal can succeed at first instance and save time and expense of litigation. Other cases based on circumstances of exceptional hardship will still have to be argued in court.

If you feel that you may be affected by the changes or if you wish to make an application for a partner visa and would like to receive a professional opinion on your prospects of success, please get in touch to schedule a free 10-minute assessment of your circumstances. You may need to book a more in-depth follow-up consultation to receive legal advice on your best strategy and prospects of success.