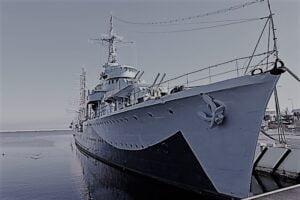 The government has announced that the new Windrush Scheme will come into operation on Wednesday, 30 May.  The purpose is to save the government’s face before Commonwealth citizens who came to the UK in the wake of the Second World War and settled before 1January 1973. The scheme may also benefit people from outside Commonwealth who have been living in the UK lawfully since before 1973 and may have undocumented settled status.

A new Windrush Scheme Casework Guidance has been published although about one-third of it is restricted toHome Office internal use. According to this document, Commonwealth citizens who were settled in the UK before 1973 will be entitled to apply for British citizenship. The application will be free of charge and citizenship ceremony will not be a mandatory part of the application process. There will be no requirement to pass the Knowledge of Life in the UK or the English language test.

Ironically, nationality status document or certificate of naturalisation will not be accepted as proof of the right to work, rent or access services without a British passport the cost of which, though minor in comparison to the standard costs of naturalisation, is still to be borne by the applicant.

Children of the Windrush generation who were born in the UK will be considered British citizens and will be entitled to a document confirming their status.

Children of the Windrush generation who were born abroad and came to live in the UK before they turned 18 and still remain in the UK, are now eligible for a free application for citizenship or a document confirming their right of residence.

People of any nationality who came to the UK lawfully between 1973 and 1988 and became settled will be entitled to a free No Time Limit BRP or a certificate of entitlement to a right of abode.

Commonwealth citizens who were settled in the UK but lost their permanent right of residence as a result of prolonged absence will be entitled to a returning resident visa. This will be limited to those who spent considerable time in the UK and may have been unaware that they forfeited their residence rights when they left. Their applications will be considered taking into account the strength and the nature of their ties with the UK including family ties, property and business; the length of their original residence, reasons for leaving and reasons for wishing to return to the UK.

Those who have retired abroad but wish to return to the UK temporarily as visitors will not be subjected to the effects of our hostile environment and will be offered 10-year multi-entry visitor visas free of charge. This visa will allow staying for a maximum of 6 months in any one time according to the policy guidance, or up to 6 months in any 12 months period according to the unpublished common practice.