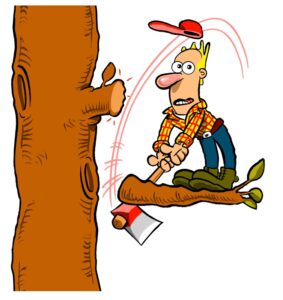 I did not think it was complicated and yet, even uncomplicated matters can go awry. I am always a bit lost for an answer when clients ask me if they can do things without me. It is like asking a restaurateur if you should dine at home. Sure, why not …

Later the same day, I received an email from another client whom I helped with a successful application for indefinite leave to remain some three or four years ago. Back then, I told him that no, his application for naturalisation would not be complicated, we would expect it to be successful.

He was now in touch because he had made the application himself, unrepresented. It was refused and the Home Office told him not to apply again for the next ten years. Could I help? Did I not say it was going to be uncomplicated?

And at that juncture I feel pushed to the transcendental heights of legal (or existential) complexity. My task is to persuade the Secretary of State that a simple misunderstanding of the requirements of a rather convoluted guidance (which my client, as a lay person, has certainly never ever seen in his life!) does not amount to deception which bears in nationality matters the same dire consequences as a criminal offence punished by a prison sentence. A false statement in an application (whether intentional or innocent) will debar the client from applying for citizenship again for the next 10 years.

A renewed application after ten years is likely to trigger a similar refusal with an equal, if not a longer, ban if the reason for the refusal of the application made 10 years ago is not stated in a box which simply asks: “Is there anything else that you may wish to disclose?”

And then lawyers get involved and start arguing that the client can only disclose something the decision maker does not yet know about and it is at least reasonable to assume that the Secretary of State reaches her decisions in full consciousness, as would normally be expected of a reasonable Secretary of State, and therefore the reasons for her decisions are known to her before anyone else and do not have to be “disclosed” to her by the affected party. The Home Office is known to have criticised lawyers for unnecessary “hair-splitting”.

In the meantime, what are the consequences of not getting your citizenship application approved? You are still allowed to remain in the UK, you can travel on the passport of your country of nationality, and you will be admitted back to the UK upon presenting your immigration status document unless you have left the UK for more than two years – in which case your connections with the country are most likely to be considered lost and your indefinite leave to remain is most likely considered lapsed. But come on, you don’t have to leave for that long!

In summary, I do not think that applications for British citizenship are complicated and there is a good chance you can make a successful application without me. And as a corollary, I would ask, how important it is for you to get your citizenship approved and whether you would wish to invest in instructing me (or any other lawyer!) to do the “hair-splitting” exercise at a somewhat higher cost and considerably lower chances of success if compared to a simple application for naturalisation.

Let me know! Either way, I am here to help.

More from our blog:

This FREE GUIDE will tell you what simple steps you need to take!

Welcome to our blog!

This blog is written by members of the Kadmos team. Guest bloggers are welcome - please write to us if you wish to contribute.