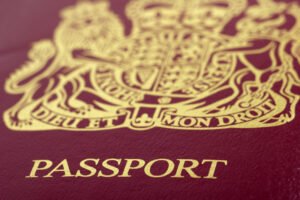 A recent decision of the Upper Tribunal in the case of Capparrelli (EEA nationals – British citizenship) [2017] UKUT 00162 has created a microearthquake which has sent to shambles any certainty for non-indigenous Brits, especially for those who were born in the UK to EEA national parents.

Background facts of the Capparrelli case will not stir much sympathy to the protagonist. The case is related a decision of the Home Office to deport a foreign criminal, albeit an EEA national, following a series of convictions, the gravest of them of rape. The problem with the decision was that the prospective deportee claimed to be a British citizen by birth, having been born in the UK in 1986 to Italian parents who by then had lived and worked in the UK for some years. The First-tier tribunal allowed the appeal finding that the Appellant was a British citizen and for that reason could not be deported. The tribunal also made an alternative finding, just in case British citizenship was a more complex issue than it seemed, that as an EU national who had lived in the UK for over 10 years the Appellant could not be removed from the UK other than on imperative grounds of public policy. Imperative grounds” being a really high threshold in legal terms, the conclusion was that rehabilitation of the offender was a task for the British social services. The Home Office appealed.

Was Mr Capparrelli British? The Upper Tribunal found that he was not. And this finding affects potentially some millions of people considerably more than it affected the Appellant.

Section 1 of the British Nationality Act 1981 provides that a person born in the United Kingdom on or after 1 January 1983 shall be a British citizen if at the time of the birth his father or mother is either a British citizen or settled in the UK. “Settled” is defined at section 50 as being ordinarily resident in the UK “without being subject under the immigration laws to any restriction on the period for which he may remain”.

As we know, in the good old days following accession of the UK to the European Community free movement was an integral part of Community law and was incorporated into the domestic law by the European Communities Act 1972. There was no restriction on the period during which Europeans could remain in the UK provided they did not make themselves an unreasonable burden on the public funds.

In 1983, the Immigration Rules incorporated provisions related to the rights of entry and residence of the nationals of Member States of the EC. Citizens of the European Community would have an endorsement in their passport, initially as a residence permit and after four years with confirmation of permission to remain in the UK indefinitely.  The terminology used at the time was not quite in line with EC law in that EC nationals did not require “permission” to exercise their rights under EC law. Nevertheless, the term was borrowed from the immigration rules and was used until 2006, and from October 2000 the term indefinite leave to remain was interchangeable with “permanent right of residence”.

In 1994 there came the Immigration (European Economic Area) Order which required residence permits to be issued for a period of five years. Indefinite leave to remain or a document confirming permanent right of residence was to be issued on completion of four years, during the last year of validity of the residence permit.

EU Citizenship Directive of 2004 and its British counterpart, Immigration (European Economic Area) Regulations 2006 introduced a common legal framework for acquiring settled status in the host member state. This legal instrument confirmed that there was no legal requirement for any immigration status document for EU nationals or their family members. In practice, documents confirming EU residence rights were of direct value to third country family members of EU nationals, but seemingly of no value for EU nationals.  The Directive and the Regulations also stipulated that settled status would be acquired by EU nationals after exercise of Treaty rights in the host member state for a continuous period of five years. These rules were to be applied uniformly across the European Union as a guaranteed minimum. It was open to all Member States to offer conditions which would be more generous that those of the Directive, but never more stringent.

Although the 2006 Regulations had considerable deficiencies, they nevertheless offered clarity about conditions for acquiring permanent right of residence or “settled status” in the UK.

Those EU nationals who had lived and worked in the UK prior to 2006 would be treated not less favorably than provided under the Regulations. However, historically UK interpretation of settled status of EU nationals was more generous. This is reflected in a number of documents. One of them is Nationality Instructions policy guidance document which has since been withdrawn and archived, another is HM Passport Office Policy Guidance on dealing with applications from children born in the UK to EU nationals which is still in place.

Evidential requirements of the Passport Office

Children born before 2 October 2000 would be issued with a British passport if their EC national parent could demonstrate that he or she was employed or self-employed in the UK at the time of the child’ birth or had a residence permit issued before the child’s birth.

Children born after 2 October 2000 would only be recognised as British citizens if their EC national parent had a document confirming indefinite leave to remain or permanent right of residence at the time of the child’s birth. This document could be an endorsement in the passport, a letter from the Home Office or an official blue card certifying permanent right of residence.

After 30 April 2006 evidential requirements became more flexible, but it would still be required to demonstrate that the parent had worked or otherwise “exercised Treaty rights” in the UK for at least five years before the birth of the child.

On what basis did the Upper Tribunal decide that Capparrelli was not British?

According to the Upper Tribunal, citizenship could not be a matter of policy. There is no discretion on the part of any government department to treat any foreign national as a British citizen. Citizenship is always a matter of law.

In the view of the President of the Upper Tribunal, an EC national could not acquire settled status in the UK other than in accordance with express legal provisions. The fact that understanding of the law was more generous at that time (as reflected in the policy) did not make any difference to the essence of the law. British nationality could not be vested as a result of a policy or practice. Where assumed in error, citizenship cannot be revoked. It never existed. It was a “nullity”, to use a legal term.

Potential repercussions of the Capparrelli judgment

From a legal point of view, most lawyers agree that the decision is fundamentally flawed. The relevant factual material is omitted and there are obvious blunders in the logic of the determination. What is made clear, however, is that citizenship may be recognised one day and reconsidered the other.  This reconsideration is completely different from deprivation of citizenship, a matter also recently considered in the Upper Tribunal in Pirzada [2017] UKUT 00196.  Yet, in practice, the effect may be similar. It is vitally important that matters related to citizenship are given an express legal basis. Before this is possible, we recommend that as much evidence of the basis for acquiring British nationality is kept for good or at least until there is a reliable statutory protection against any such change of opinion on the part of the State.

Confirmation of Status as a British Citizen

Form NS invites to apply for confirmation of status as a British citizen at a cost of £234 and in case you expect that an official paper will be issued with a definitive pronouncement on the issue you may see here what the reality will be and decide for yourself whether this is worth the money.

“This is to confirm that an opinion has been sought on the nationality status of … born on … in …, United Kingdom…. A person’s nationality status is a legal matter which only the courts can determine conclusively. However, based on the evidence listed above, the Secretary of State is of the opinion that … is a British citizen under … BNA”

Enquiries have confirmed that this is indeed the document for the price of £234.  I personally doubt this “opinion” guarantees future stability, or even shifts the burden of proof on the public authority should things start getting muddied.

It looks like the term “precarious”, so delicately woven into the politics of “hostile environment for aliens”, is extending to British citizenship.

Are we facing the emergence of British citizenship of a second, and possibly of a third and the next order, which can always be declared a “nullity”, an “administrative error”, or “subject to further investigation”?

More from our blog:

This FREE GUIDE will tell you what simple steps you need to take!

Welcome to our blog!

This blog is written by members of the Kadmos team. Guest bloggers are welcome - please write to us if you wish to contribute.